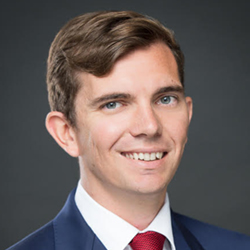 Benoit Rochard ​was a featured speaker at HotelSpaces’19

Benoit Rochard is a Head of Real Estate at Sonder, in this role he is responsible for finding properties that match Sonder’s needs and creating long term partnerships between Sonder and property owners. Prior to Sonder he was Vice President at CFH Investment Partners. At CFH he led the acquisition, financing and disposition of multifamily assets throughout the United States as well as being a member of the investment committee. During his tenure with CFH, Benoit has acquired 1,240 units totaling $194 million in cumulative value, and led transactions totaling $356 million. Prior to that he was an Acquisitions Manager at BLVD Capital where he managed the acquisition of multifamily assets throughout the United States.