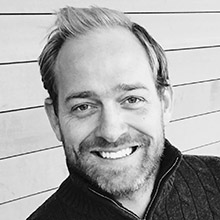 Daniel Hyde was a featured speaker at HotelSpaces ’16.

Daniel Hyde brings an efficient, creative and hands-on approach to the development process. In his last five and a half years with Pacifica, he has managed over $175 million of hotel redevelopment, including 22 beach front hotel properties. Recently he completed Boutique Design Gold Key Award Finalist; Wayfarer Ho(s)tel in the Funk Zone of Santa Barbara, marrying high end design with function and maximizing room keys per square foot. Hyde’s unique skill set for building boutique hotels translates into the distinction and design of notable brand hotels, such as the Hilton Garden Inn of Marina Del Rey, California, which was awarded the 2013 Hilton Garden Inn Conversion of the Year. As a developer, Hyde holds an unblemished track record in land use entitlements and public hearings up and down the coast of California, Hawaii and Nevada. Over the course of his career, Hyde has managed and directed the design and construction processes for land and vertical construction. He has also overseen various occupancy and construction projects such as residential subdivisions, custom homes, low-income housing, and hospitality projects (which include resorts, boutique hotels, and brand hotels, as well as hotel restaurants).