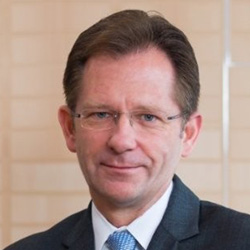 With a diverse background in hotel planning and design, operations, construction and development of over 35 significant hotel projects during his career, he is widely recognized as an authority on design-driven hotel and resort developments.

Boekenheide started his career with Brennan Beer Gorman Architects, in New York City. In 1989, he relocated to Washington, DC to oversee the development of the firm’s first branch office, where he became the Managing Partner in 1990. The firm focused primarily on the design of luxury hotels and resorts worldwide, receiving numerous design awards. Notable projects include the Mandarin Oriental Hotel, the Hay Adams Hotel, the Omni Shoreham and Madison Hotel in Washington, DC.

After 16 years leading this office, Boekenheide joined Rosewood Hotels and Resorts, a luxury hotel company, as Vice President of Design and Construction. While at Rosewood, he oversaw the design of the Rosewood Mayakoba in Mexico, the Rosewood Sand Hill in Menlo Park, California, and numerous upgrades to the company’s acclaimed properties worldwide.

In 2007, Boekenheide joined the Related Companies, one of the nation’s premier real estate developers, in New York City as SVP of Hotel Development. During the first several years at Related, he oversaw the development of the Viceroy Hotel in Snowmass, Colorado, and the $4 billion creation of the Cosmopolitan of Las Vegas, managing all design and engineering activities.

During the last 6 years at Related, Boekenheide has acted as Design Director for Hudson Yards, a major new development on New York’s west side. Comprised of 13 buildings built on a platform over the LIRR train yards, this mixed use project consists of 20 million sf of office, retail, residential, hotel and public space. Under his direction, Related will achieve a LEED Gold level certification for all buildings, and Platinum level certification for one office tower.

Mark has taught the Master’s Program Interior Design Studios at the Corcoran College of Art and Design, and Hotel Design and Development at Harvard University’s Executive Education Program; been a registered architect in 17 states, and has been a lecturer/visiting critic at Cornell University, Colorado State University, Syracuse University, Kansas State University, and the Van Alen Institute. He also a member of the Editorial Advisory Board for Hospitality Design Magazine.