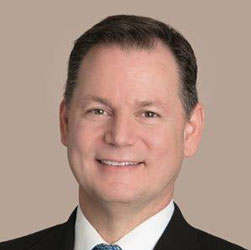 Michael Lentz was a featured speaker at HotelSpaces’19

Michael E. Lentz joined our company in March 2016 as the Managing Director of Global Development, Design & Construction. Prior to joining our company, Mr. Lentz served as Senior Vice President and Head of Global Development for Las Vegas Sands Corp., a global gaming company, where he led the construction of more than 9,000 hotel rooms and $8 billion of construction from 2011 to 2016. Prior to joining Sands, Mr. Lentz was Vice President of Project Development at The Walt Disney Company, where over his 20-year career as an Imagineer he oversaw the development, design and construction of theme parks, timeshare, and resort hotels.